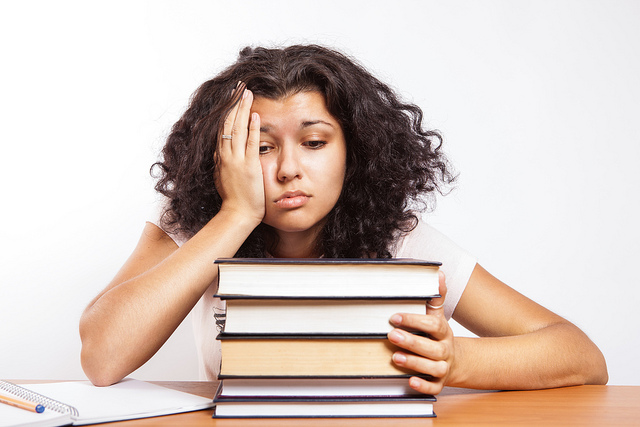 Photo by CollegeDegrees360 cc by-sa 2.0
It is exam time! You have, of course, been spending too much time participating in various programming contests and have not done much studying. Now you have $N$ subjects to study for, but only a limited amount of time before the final exams. You have to decide how much time to allocate to studying each subject, so that your average grade over all $N$ subjects is maximized.

As a seasoned programming contest competitor, you recognize immediately that you can determine the optimal allocation with a computer program. Of course, you have decided to ignore the amount of time you spend solving this problem (i.e. procrastinating).

You have a total of $T$ hours that you can split among different subjects. For each subject $i$, the expected grade with $t$ hours of studying is given by the function $f_ i(t) = a_ i t^2 + b_ i t + c_ i$, satisfying the following properties:

You may allocate any fraction of an hour to a subject, not just whole hours. What is the maximum average grade you can obtain over all $n$ subjects?

Output in a single line the maximum average grade you can obtain. Answers within $0.01$ of the correct answer will be accepted.