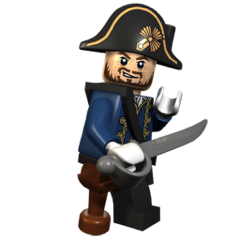 Rookie Pirate Captain Jack Albatross has secretly laid anchor in a hidden bay not far from Port Wine, the local meeting point for grizzled pirates and denizens of the sea. Disguising as a messenger, you have infiltrated the service of the dreaded legendary Captain Stevie, and you are entrusted with carrying small encrypted messages between Captain Stevie and his staff of shipmates. Your task is to break the encryption of the messages in aid of young Captain Albatross, giving him a much needed edge in his quest for peg-legged fame. Fortunately, you (in contrast to Captain Albatross) have been around for a while and you’ve come to know what words to expect in written pirate messages. The following is a table of words having common occurrences:

Note that not all the known words may be present in the plain text and that replacements are not mutual (’a’ being encrypted by ’h’ does not necessarily mean that ’h’ is encrypted by ’a’).

The input contains the encrypted text on one line. The text contains at most 200 characters from the set ’a’, …, ’z’, ’ ’. Only the letters ’a’, …, ’z’ of the plain text are encrypted, the spaces are kept unencrypted.

The decrypted plain text if possible, or the string “Impossible” if the text cannot be uniquely decrypted using the set of known words.