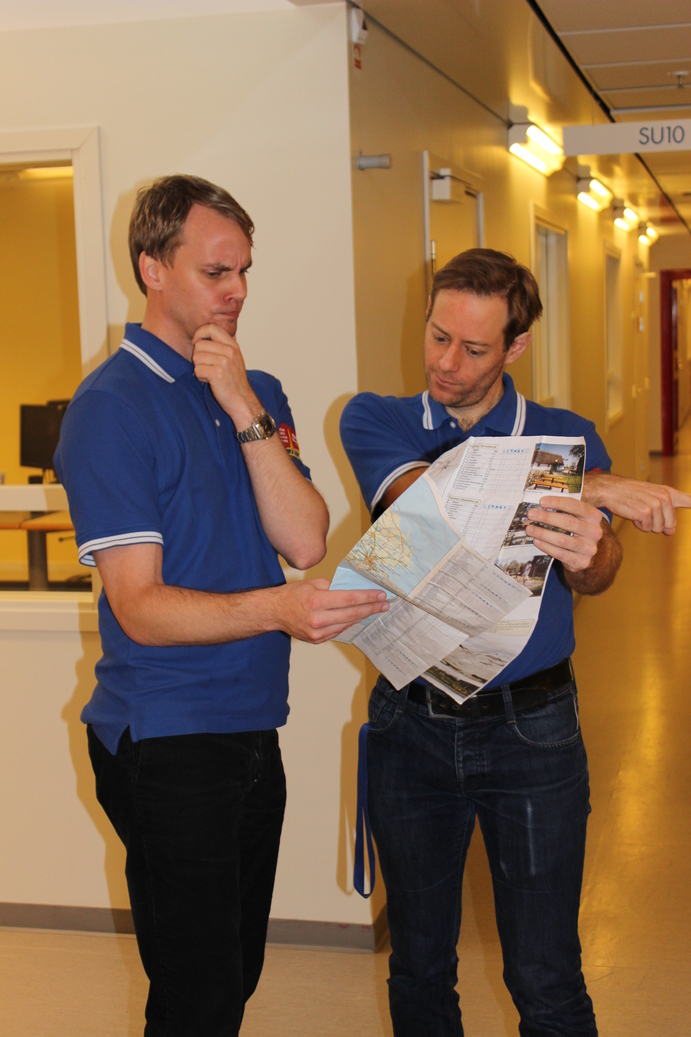 Fredrik and Tommy lost in the B building. Photo by Tommy Olsson. cc-by-sa

Lukáš really likes orienteering, a sport that requires locating control points in rough terrain. To entertain the NWERC participants Lukáš wants to organize an orienteering race. However, it would be too harsh for the participants to be outdoors in this cold Swedish November weather, so he decided to jump on the new trend of indoor races, and set the race inside the B building of Linköping University.

Note from the organizer: the NWERC indoorienteering race for this year has been cancelled since we neglected to apply for an orienteering permit in time from the university administration. (We still need you to solve the problem so that we can organize it for next year.)

Output one line with “possible” if it is possible to visit all control points once in some order and directly return to the first one such that the total distance is exactly $L$, and “impossible” otherwise.