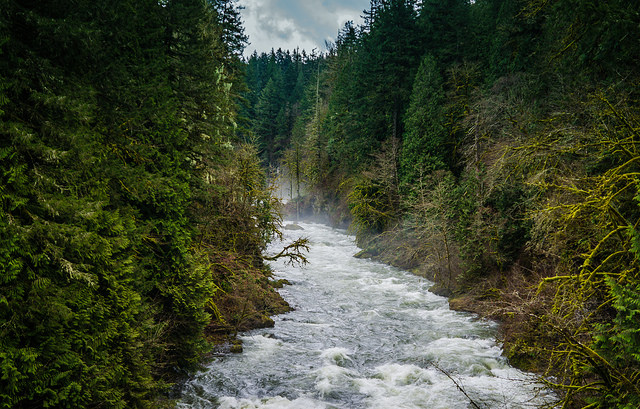 Sally and her friends are trying to cross safely from one bank of a raging river to another. Boulders are scattered within the river, with log planks connecting the banks of the river to some of the boulders, and some pairs of boulders to each other.

Sally begins by trying to cross the river first. She starts at the left bank and crosses one plank at a time, with the goal of reaching the right bank. Walking across a plank takes Sally one second. Each time she crosses a plank, that plank becomes unstable and collapses into the river (so that neither Sally nor her friends can use that plank again). After Sally has safely reached the right bank, another friend tries to cross the river, and so on, until everyone who is able to make it has crossed the river.

You may assume that every log has two distinct endpoints, and that no two logs span the same pair of boulders/river banks. There is no guarantee that every boulder, or even the right river bank, is reachable from the left river bank.

If it is possible for all $P$ people to reach the right bank, print a single integer, the minimum total time (in seconds) required for all people to cross.