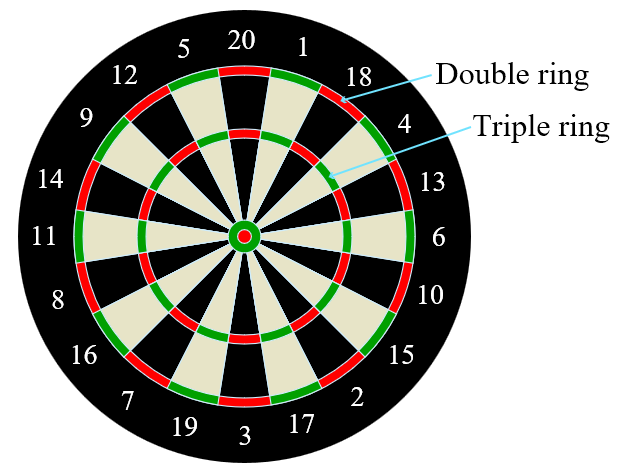 Given a target score, output at most three throw scores such that their sum is equal to the given target score. Note that the centre of the dartboard, which is usually called bullseye, is not taken into account is this problem.

If the target score can be achieved, output at most three lines, each of the form “single $d$”, “double $d$”, or “triple $d$”, where $d$ is an integer between $1$ and $20$ (inclusive), such that the sum of these scores is equal to $n$. Otherwise, output “impossible”. If there are multiple valid answers you may output any of them.