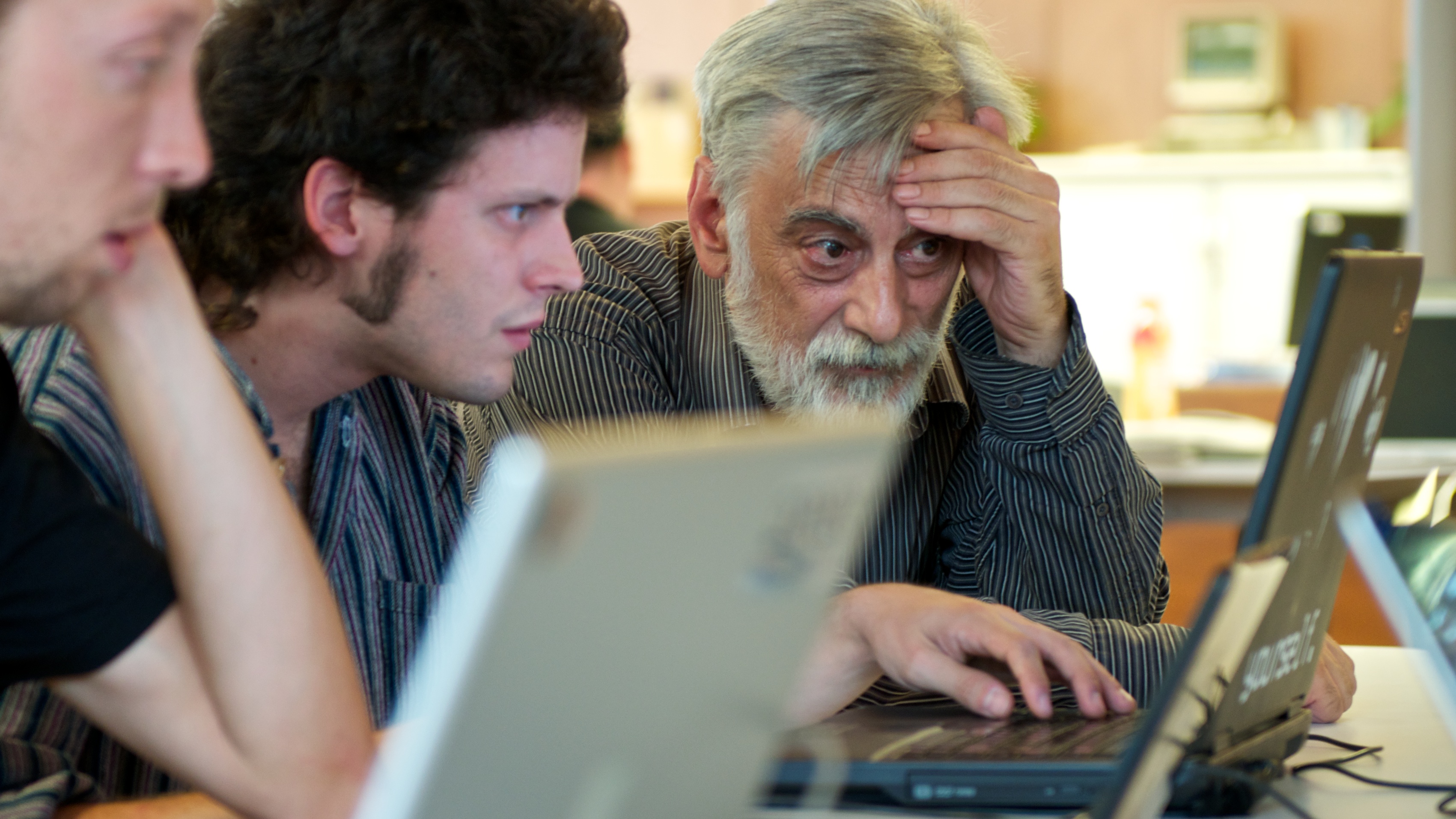 You are the founder of the Bruce Arden Programming Collective, which is a tutoring programme that matches experienced programmers with newbies to teach them. You have $N$ students and $N$ tutors, but now you have to match them up. Since the students will have to travel to their tutors’ houses from their own (or vice versa) you decide to do your matching based on travel distance.

Minimising overall distance doesn’t seem fair; it might happen that one student has to travel a huge distance while all the other students get a tutor very close by, even though the tutors could have been split up so that each gets a tutor that is at least somewhat close.

The first line of the input contains an integer $N$, with $1 \leq N \leq 100$, the number of students and the number of tutors to pair up.

Then, there are $N$ lines, each with two integers with absolute value at most $10^8$, which give the locations of the $N$ students.

These are followed by $N$ lines, each with two integers with absolute value at most $10^8$, which give the locations of the $N$ tutors.

Note that it is possible for students and/or tutors to have identical locations (they may share a house).

Output a single line containing a single integer $K$, where $K$ is the least integer such that there exists a pairing of students to tutors so that no pair has distance greater than $K$ between them.