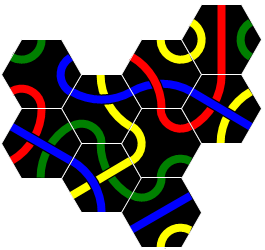 Tantrix is a two player game played with $56$ hexagonal tiles1. Each tile contains three links in different colours. Both players have five tiles in hand and take turns in placing them on the playing field. The figure to the right shows how the game could have progressed after nine played tiles.

In this problem, a move is defined as placing one of the tiles in hand somewhere on the playing field, subject to these rules: 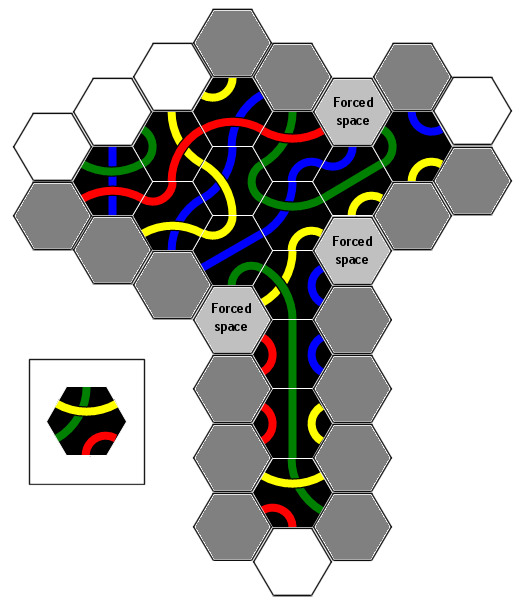 If there are one or more forced spaces and the player can’t place any of his tiles in hand in those spaces, he will have to play any other legal move. Note that a player may not be allowed to place a tile in a forced space due to rule 4.

Your task is to count the number of legal moves the player to move has, given the position and orientation of already played tiles and the tiles in hand for the player to move. If a tile can be placed at several locations, or in several orientations, each such combination is counted as a distinct move. 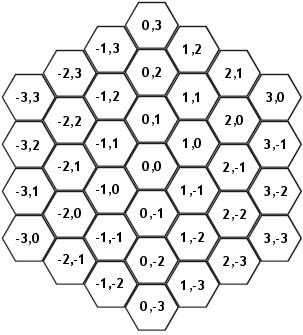 The first line in the input will contain the number of cases (at most $50$).

The mapping between the spaces and the coordinates is shown in the figure below (note that the playing field is infinite and not restricted to these coordinates). All tiles in the input will be valid and distinct. The layout will represent a position that could have arisen from a legal game. One of the played tiles will have coordinates $0,0$.

For each test case, output a single line containing an integer: the number of legal moves.