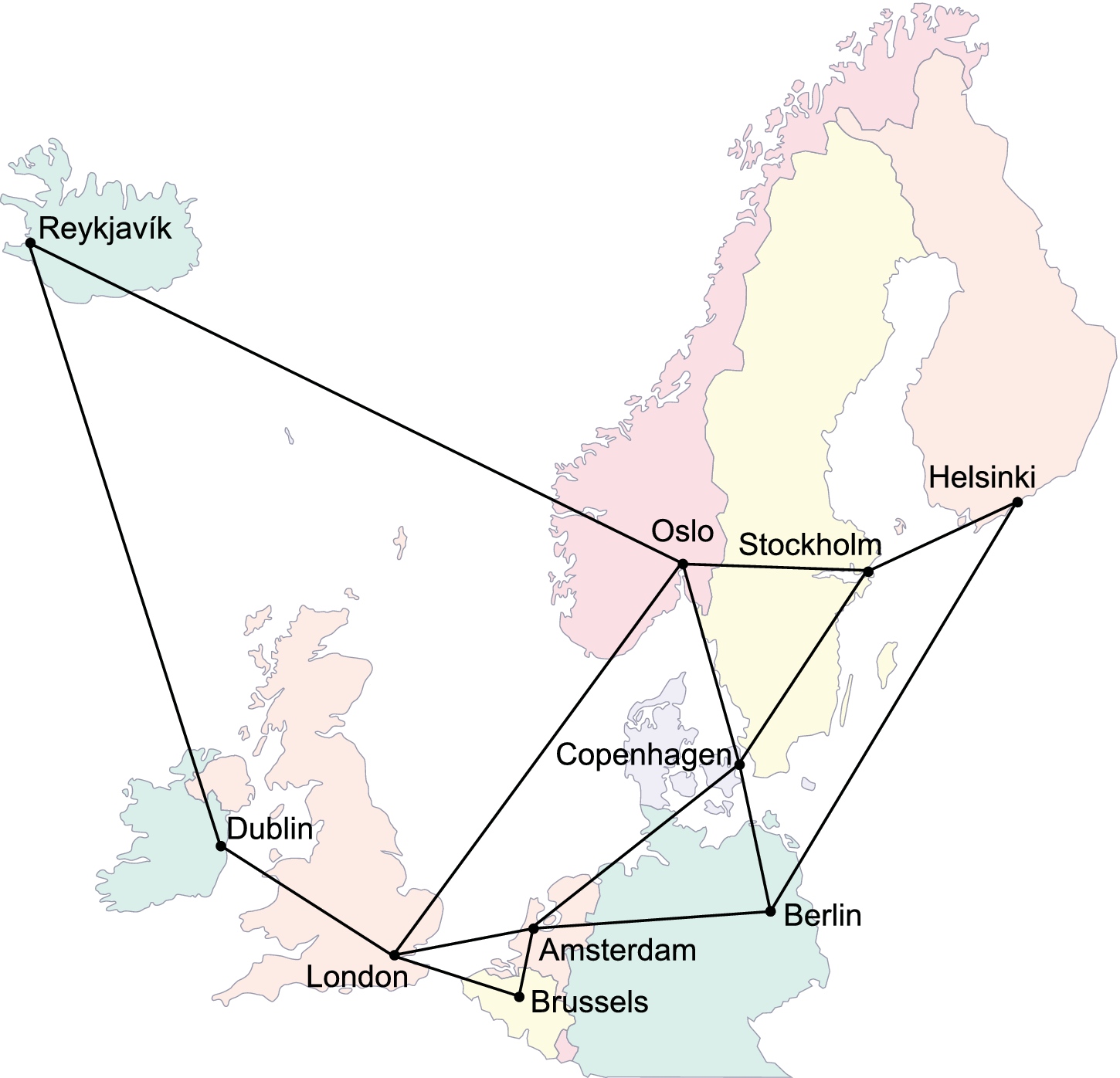 An assignment consists of a pair of cities that are to be connected by a series of shorter railway routes. A route can be claimed (for a certain cost associated with the route), but things are complicated by the fact that there is only a limited number of routes, and once a player claims a route, none of the other players can claim it. A player has successfully set up a train line between two cities if there is a path between the two cities using only routes that have been claimed by this player. For simplicity, we will ignore all additional aspects of the game (including the actual process of claiming routes and additional ways to score points).

In this problem, we will consider the rather bold strategy of trying to complete all four assignments (typically, this will be quite hard). As a preliminary assessment of the difficulty of achieving this, we would like to calculate the minimum cost of setting up all four lines assuming that none of the other players interfere with our plans. Your job is to write a program to determine this minimum cost.

After this follow $m$ lines, each containing the names of two different cities and an integer $1 \le c \le 10\, 000$, indicating that there is a railway route with cost $c$ between the two cities. Note that there may be several railway routes between the same pair of cities. You may assume that it is always possible to set up a train line from any city to any other city.

Finally, there are four lines, each containing the names of two cities, giving the four train line assignments.

Output a single line containing a single integer, the minimum possible cost to set up all four train lines.