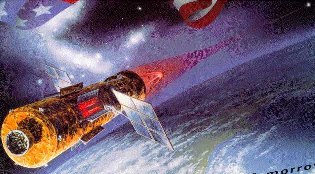 After an unprovoked hurricane attack on the south shore, Glorious Warrior has declared war on weather. The first salvo in this campaign will be a coordinated pre-emptive attack on as many tropical depressions as possible. GW reckons that the attack will neutralize the tropical depressions before they become storms, and dissuade others from forming.

The input consists of several test cases. Each case begins with a line containing integers $0 < k, m \leq 100$ as defined above. $k$ lines follow, each giving $x,y,z$ - the location in space of a satellite at the scheduled time of attack. $m$ lines then follow, each giving $x,y,z$ - the location of a target tropical depression. Assume the earth is a sphere centred at $(0,0,0)$ with circumference 40,000 km. All targets will be on the surface of the earth (within $10^{-8}$ km) and all satellites will be at least 50 km above the surface. A line containing 0 0 follows the last test case.

For each test case, output a line giving the total number of targets that can be hit. If a particular target falls within $10^{-8}$ km of the boundary between being within line-of-sight and not, it may be counted either way. (That is, you need not consider rounding error so long as it does not exceed $10^{-8}$ km.)