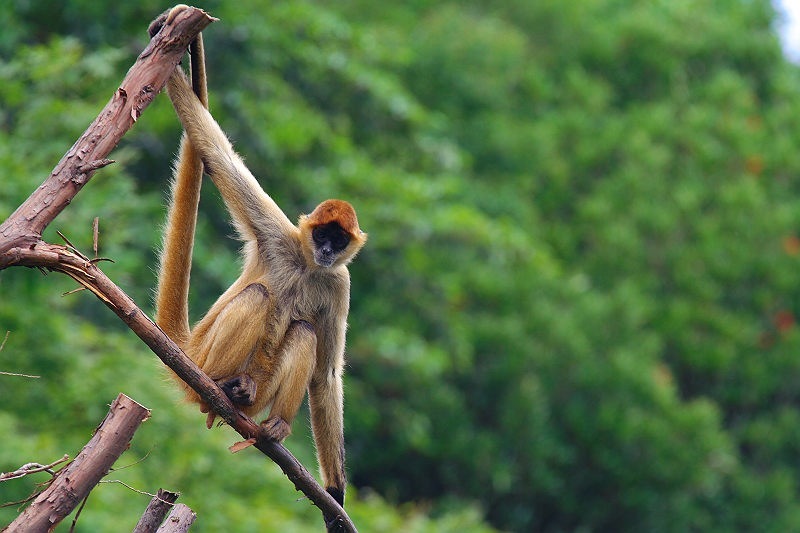 Photo by suneko on Flickr
Your slightly pointy-bearded boss has assigned you to write software to find the best songs from different music albums. And the software should be finished in an hour. But don’t panic, you don’t have to solve the problem of writing an AI with good taste. At your disposal is the impeccable taste of a vast horde of long-tailed monkeys. Well, at least almost. The monkeys are not very communicative (or rather, you’re not sure which song “Ook!” is supposed to refer to) so you can’t ask them which songs are the best. What you can do however is to look at which songs the monkeys have listened to and use this information to deduce which songs are the best.

At first, you figure that the most listened to songs must be the best songs. However, you quickly realize that this approach is flawed. Even if all songs of the album are equally good, the early songs are more likely to be listened to more often than the later ones, because monkeys will tend to start listening to the first song, listen for a few songs and then, when their fickle ears start craving something else, stop listening. Instead, if all songs are equal, you expect that their play frequencies should follow Zipf’s Law.

Zipf’s Law is an empirical law originally formulated about word frequencies in natural languages, but it has been observed that many natural phenomena, such as population sizes and incomes, approximately follow the same law. It predicts that the relative frequency of the $i$’th most common object (in this case, a song) should be proportional to $1/i$.

To illustrate this in our setting, suppose we have an album where all songs are equally good. Then by Zipf’s Law, you expect that the first song is listened to twice as often as the second song, and more generally that the first song is listened to $i$ times as often as the $i$’th song. When some songs are better than others, those will be listened to more often than predicted by Zipf’s Law, and those are the songs your program should select as the good songs. Specifically, suppose that song $i$ has been played $f_ i$ times but that Zipf’s Law predicts that it would have been played $z_ i$ times. Then you define the quality of song $i$ to be $q_ i = f_ i/z_ i$. Your software should select the songs with the highest values of $q_ i$.

Output a list of the $m$ songs with the highest quality $q_ i$, in decreasing order of quality. If two songs have the same quality, give precedence to the one appearing first on the album (presumably there was a reason for the producers to put that song before the other).