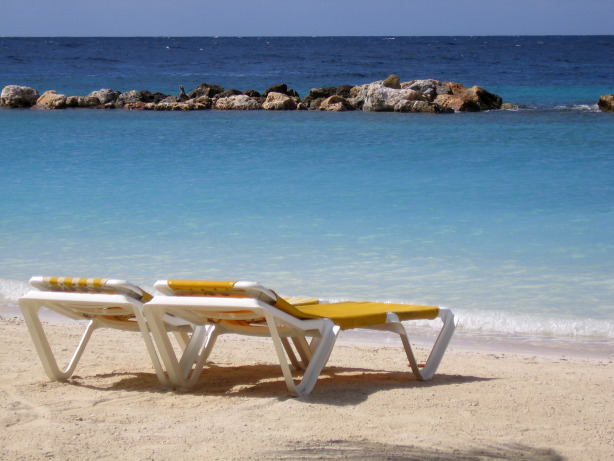 Picture by user Acdx via Wikimedia Commons
A friend of yours works at an undisclosed company in the music streaming industry, and needs your help. The company has offices in Stockholm and London, and collaboration between the two offices is extensive. The situation is that each of the many but small projects are handled by a two-person team with a member in each city. While emails, faxes, and phones are wonderful, and work well within each team, the CEO wants a briefing every year on the projects. For this purpose the CEO invites representatives from the projects to Barbados for a week of presentations of all the projects.

However, money is tight and a new policy has been created: the CEO wants at least one person from each project, and additionally, she wants to invite as few people as possible. This is where you come in. In order to help your friend get a ticket to Barbados, you are to write a program that, given all the two-person teams, computes the smallest number of people that must be invited in order to get at least one person from each project, as well as a list of people to invite. If possible (subject to the set of people being smallest possible), the list of invitees should include your friend.

The first line of input contains an integer $1 \le m \le 10\, 000$, the number of teams. The following $m$ lines each contain two integers, $i,j$ separated by a space, being the employee IDs of the two employees in that team (the first one is from Stockholm and the second one is from London). Stockholm employees have IDs in the range $1000$ to $1999$ and London employees have IDs in the range $2000$ to $2999$. An employee can be a member of several teams, but there cannot be several teams consisting of the same pair of employees. Your friend has ID $1009$.

Output first a single line with an integer $k$ indicating the smallest number of employees that must be invited to meet the requirements above. Then output $k$ lines giving the IDs of employees to invite. If possible (subject to $k$ being smallest possible), the list should contain your friend.

If there are several solutions subject to these constraints, anyone is acceptable.

Authors: Mikael Goldmann and Per Austrin