The Great Seedling is a mythical spirit that supposedly rewards whoever catches it with farm crops that remain in bloom forever. Rumor has it that in the dead of tonight, it will be coming to Sweet Apple Acres—the Apple family’s farm! 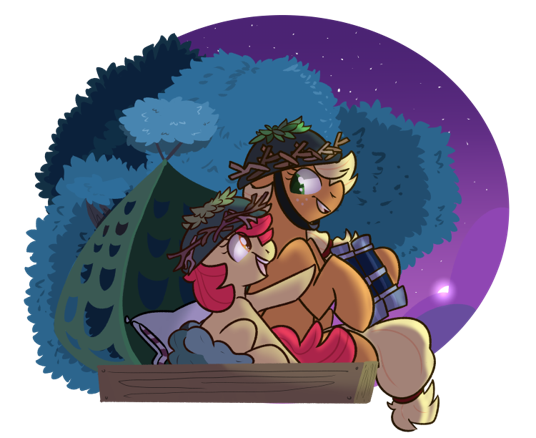 Applejack and Apple Bloom are hoping to catch the Great Seedling to help out with their massive harvest this season. They’ve decided to stake out the farm and keep close watch over the trees; they’re going to see if they can sense the Great Seedling’s movements. Now, catching the Great Seedling is no easy feat, and they’ve only got one shot—if the Great Seedling becomes aware that it’s being hunted, it will flee and will never be found again!

There are $N$ trees in Sweet Apple Acres, laid out in a row and labelled $1, 2, \dots , N$ from left to right. The Great Seedling is hiding behind one of these trees, but they do not know which one.

In one half-hour, Applejack and Apple Bloom can each choose a consecutive range of trees, and they will intently observe that range of trees. The Great Seedling is restless and so sometime within this half-hour, it will spring from its current tree to an adjacent one. It does this very sneakily, but as it lands it will cause the leaves of the new tree, and only this tree, to rustle.

At the end of the half-hour, Applejack and Apple Bloom will then each report whether they sensed a rustle among the leaves of the trees they were intently observing. Unfortunately, because the Great Seedling’s movement is very subtle, they won’t be able to determine exactly which tree’s leaves rustled; however, we can assume that they are paying close enough attention that they will never make a mistake.

Then, we repeat the following process:

After asking each question, do not forget to output end of line and flush the output. To do this, use: